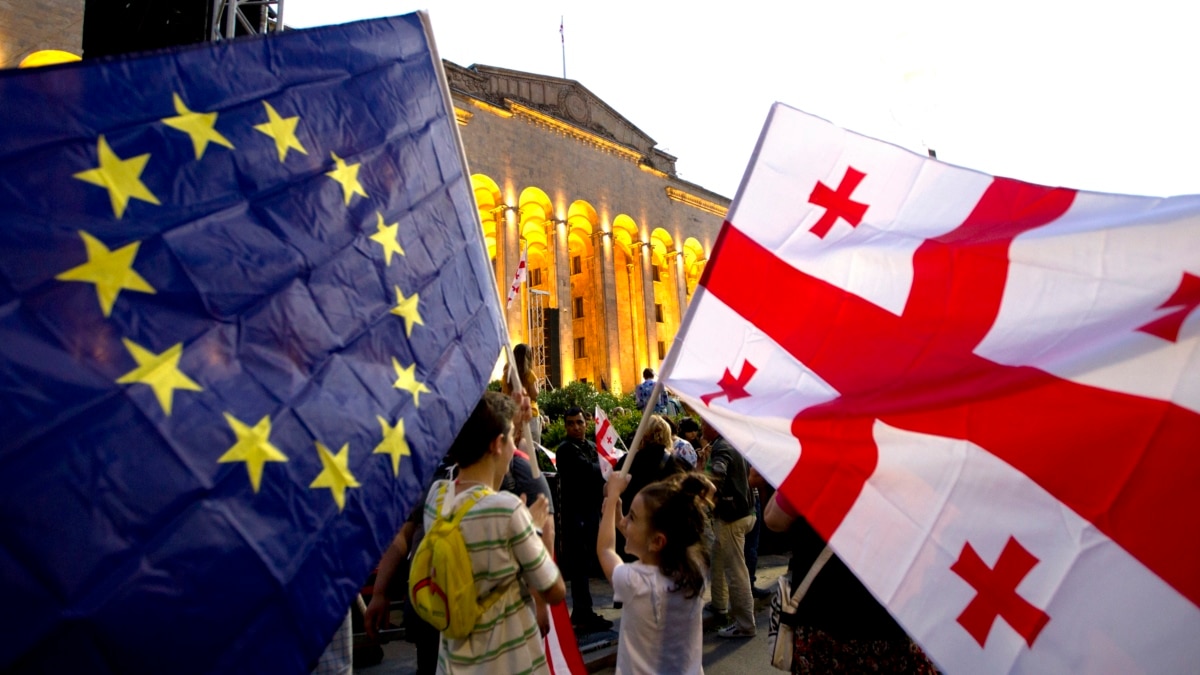 Georgian Dream feels pressure to deliver on the European integration track. Rejection by the EU of Georgia's candidate status led to around 150 thousand Georgians protesting in July – the largest demonstration in the recent history of Georgia. However, opposition supporters continue to feel disappointed and angry due to the ambiguous requests by the demonstrators, lack of cohesion among the organizers of the rally, and no concessions from the Government.

UNM's leader, former president Mikheil Saakashvili remains in prison. His health is deteriorating, and his humanitarian transfer abroad is one of the political topics often discussed in the media. While the Government made clear that it does not intend to either release Saakashvili or transfer him abroad (which should be done by the court order), his supporters are referring to the increasing number of medical reports confirming his deteriorating health. Whether Saakashvili is ready to leave politics or has left politics is another critical aspect of the saga. He has expressed readiness to leave the UNM to the current leadership and chairman Nika Melia; however, it seems that GD does not believe his promise. UNM remains in the Parliament, despite initially boycotting it and is often criticized by its supporters for not leaving the legislative body and instigating another potential political crisis.

Another prominent public figure – director of the TV Mtavari Nika Gvaramia is also in jail for the absurd charge of using his former company's car for his private and family use. After Gvaramia's imprisonment situation in Georgian media became direr. TV Mtavari lost several prominent journalists, and TV Mtavari and Formula TV had to close down almost all entertainment programs due to budgetary issues. Just a few days ago, Mtavari was handed a hefty fine by the regulator – GNCC (Georgia's National Communications Commission).

Smaller opposition political parties - Lelo (Mamuka Khazaradze and Badri Japaridze), Strategy the Builder (Giorgi Vashadze) and Droa (Helen Khostaria), as well as several prominent civil society figures, are attempting to find ways to cooperate and find joint modus operandi. It is unclear whether the Georgian Dream will keep the electoral threshold of 5% intact; therefore, if it remains high, these parties are working together to be ready for potential unification. European Georgia (Giga Bokeria) and Girchi More Freedom (Zurab Japaridze) are building their public support alone, without plans to liaise with any other political force. Thus, they will likely face the hurdle of clearing a 5% barrier during the next elections unless they dramatically increase their public support.

The non-Governmental sector and Georgia's parliamentary opposition parties have put forward their vision on how to implement 12 recommendations set forth by the European Commission. While in some areas, their ideas are not congruent, by and large, they agree on fundamental reforms. Opposition parties instigated their own working groups in the Parliament and pledged to participate in the discussion in the Parliamentary committees once the proposals are tabled officially.

Major political discussions will be around the 12 recommendations set forth by the European Commission. Georgian Dream does not appear to want to take these recommendations seriously, as many of those are directly challenging GD's grasp on power. Therefore, there is a high likelihood that GD will window-dress the reforms and try to sell them to the European Union and the domestic public. In this regard, the Georgian Dream's strategy appears to be three-fold. First, it uses the "de-polarization" recommendation to blame the opposition for not implementing the EU recommendations. Obviously, it is hard, if not impossible, for the opposition to de-polarize, as long as they are publicly demonized as war-wanting party and their leaders are arrested and imprisoned. The second element of GD's strategy includes implementing several EU recommendations fully (fight against organized crime, gender equality, applying ECHR case law) or partially (anti-corruption agency, independence of the courts). As for the significant reforms, some superfluous legislative initiatives are likely to be tabled, but nothing substantial will be changed. For instance, major reforms proposed by the NGOs and opposition parties include the change of the procedures for the appointment of members of the high council of justice, selection of the Prosecutor – general, selection of the Ombudsman, the establishment of the independent anti-corruption agency, and passing constitutional electoral changes. On none of these, is it likely that the Government will deliver. The third element of the GD strategy will include linking some significant reforms to the progress on candidate status. This was already proposed by Irakli Kobakhidze, when he made the constitutional changes on the electoral reform conditional on the EU granting Georgia the candidate status first.

Selection of the new Ombudsperson

One of the recommendations of the EU is to select a neutral Ombudsperson. Current Ombudswoman Nino Lomjaria has done a great job at ignoring political red lines and defending those who came under Government harassment, whether on political or other grounds. Her stance on supporting the journalists, vulnerable groups, political activists, and other victims of unfair treatment has boosted the role of the Ombudsman, however, have led to the GD labeling her as a "UNM stooge" and "political ombudsman." Georgian Dream has promised that it will not nominate the new candidate for the Ombudsperson. However, the GD supported candidate will likely be nominated through the GONGOs, and "academic circles", which had done similar nominations in the cases of selecting the prosecutor-general, supreme court judges, and central election commission members.

There are differing interpretations of what de-oligarchization could entail. Georgian Dream proposes to take the Ukrainian scenario and pass the law on de-oligarchization. While Ukrainian law is yet to be assessed by the Venice Commission and is considered problematic by many, Ukrainian reality differs from the Georgian one. In Ukraine, the oligarch is not in power, while in Georgia, the oligarch Bidzina Ivanishvili controls the state institutions. Therefore, if the de-oligarchization law is passed in Georgia, it will be used against the opposition and not against Ivanishvili. Formally, Ivanishvili is not in politics, does not control media, and holds no crucial assets for the Georgian economy; therefore, the law will not be applied to him. However, the law will cover many opposition-linked individuals, as the GD leaders publicly threatened. If the GD decides to use the law against the media and the opposition Khazaradze and Japaridze, will be targeted as wealthy bankers, who run the political party Lelo. David Kezerashvili, a founder of Formula TV could also be targeted as an oligarch. Considering that the court case against him is still ongoing, there is a high likelihood that either through the de-oligarchization law or through a separate court process, Formula TV might be the next media under attack from the Government.

Georgian Dream has stepped up anti-Western rhetoric in recent months. West is blamed for wanting to drag Georgia into the war with Russia. This campaign took an unexpected turn when a few weeks ago, four MPs "left" Georgian Dream and started writing public letters, accusing US and EU ambassadors and Western capitals of dragging Georgia into war and imposing sanctions on Bidzina Ivanishvili. It appears that the Georgian Dream has decided to widen its anti-Western supporters' base, understanding that the looming refusals of the EU to grant Georgia candidate status in 2022 and 2023 might jeopardize its hold on power in the run-up to the 2024 elections.

(Not) Taking a stance on Russia's aggression in Ukraine

The Georgian Government has openly said it does not plan to join sanctions against Russia. Allegations of Georgia helping Russia to avoid sanctions have increased in recent months; however, no overwhelming evidence has been presented. Ukrainian intelligence agencies and politicians, Georgian political forces, and NGOs have provided evidence of alleged attempts to help Russia avoid sanctions; however, this has not yet translated into the EU or the US taking concrete decisions regarding Georgia's Government. With or without assisting Russia, the fact remains – Georgia is not in the same camp as the West and Ukraine when it comes to countering Russia and supporting Ukraine. While on the diplomatic front (UN, OSCE, courts), Georgia has supported Ukraine in terms of political, humanitarian, or military support, GD Government has distanced itself from Kyiv. Dependence on Russia economically has grown and Georgia seems to be enjoying economic growth caused by the increased number of Russian visitors and monetary transactions from Russia.

European Parliament this year for the first time referred to Ivanishvili as an oligarch who is an impediment to reforms and democracy in Georgia. Ivanishvili's confrontation with the Credit Suisse has led to the Swiss bank refusing to discharge his personal funds and reimbursing hundreds millions euros, allegedly incurred to Ivanishvili by his former personal banker from the Credit Suisse. This was interpreted by Ivanishvili and GD leaders as the West sanctioning Ivanishvili. It is clear that Ivanishvili is afraid of the personal sanctions and feels pressure from the West, however is also actively promoting the message domestically that the Western pressure on Ivanishvili is not about the sanctions but about dragging Georgia into the Russia-Ukraine war. In any case potential threat of personal sanctions seems to be a potent instrument of pressure on Ivanishvili for delivering on democratic reforms and aligning Georgia with the West on Ukrainian issue.

What could be done?

More than ever, the position of Georgia's Western partners will be instrumental in determining what course of action the Georgian Dream Government shall take. Here are some of the issues that could be made clear to the GD Government to ensure that Georgia does not deviate from the European path even further than it has already done.

The political climate in Georgia is prone to become hotter in Fall 2022, with the issues of EU-Georgia relations, de-oligarchization debate, increasing polarization, avoiding Russian sanctions, and support for Ukraine remaining the key hot political topics.