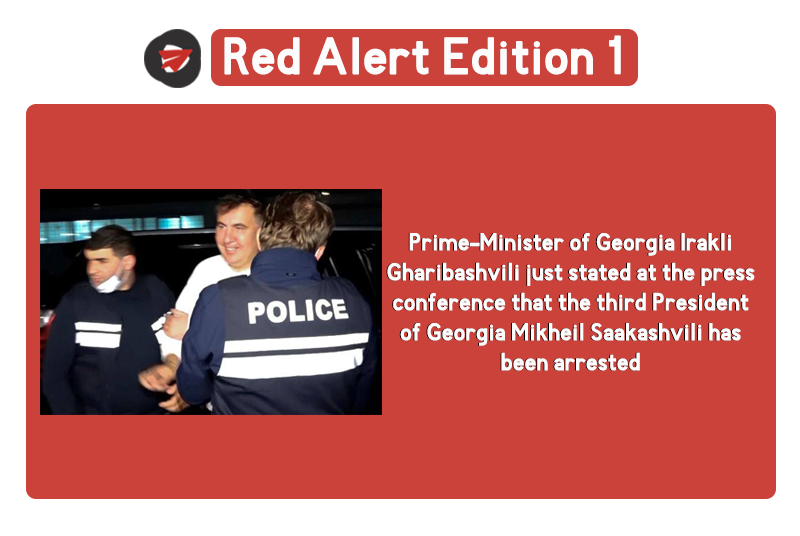 Today morning Saakashvili posted two videos on his FaceBook page, claiming that he was already in Georgia. Both videos appeared to be taken in Batumi. During the day Georgian Dream leaders claimed that the videos were a fabrication, whereas Saakashvili's United National Movement party claimed victory and called on their voters to mobilize for tomorrow's local elections.

Ministry of Interior already released a video of Saakashvili transported to Rustavi penitentiary. A few minutes earlier Saakashvili's FB page posted a video and an audio recording, in which he says that he is about to be arrested.