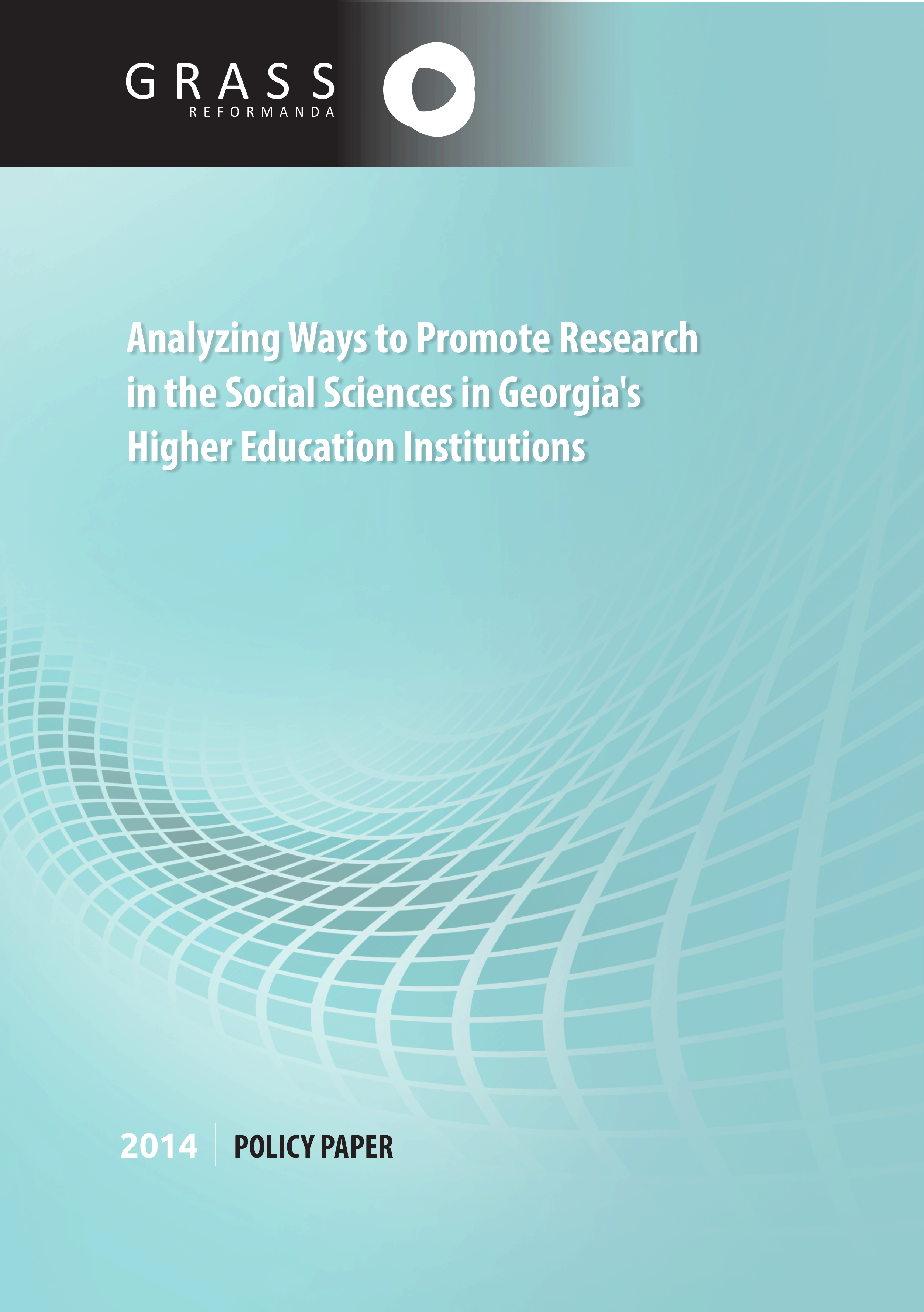 The Georgian education system has made significant efforts to overcome its Soviet education legacy and establish an intellectually stimulating environment in higher education institutions (HEIs). Yet despite a reforms, Georgian HEIs are still in transitional period and certain fields are underdeveloped, such as research in the social sciences. There are hardly any international referenced academic journals in Georgia in the field of social sciences, and production of scientific work in this field is extremely slow. The Faculty of Social and Political Sciences at Tbilisi State University (which has over 100 professors) published only 12 articles in international peer- reviewed journals during the four academic years from 2010 to 2014. Consequently, there is a need for high quality research in line with academic standards. On the other hand, new knowledge produced as a result of social science research can be utilized in different sectors, such as for government, NGOs, media, etc., to facilitate informed decision-making processes and bolster the country’s development.