One Step Closer – Georgia, EU Integration and the Conflict Settlement? 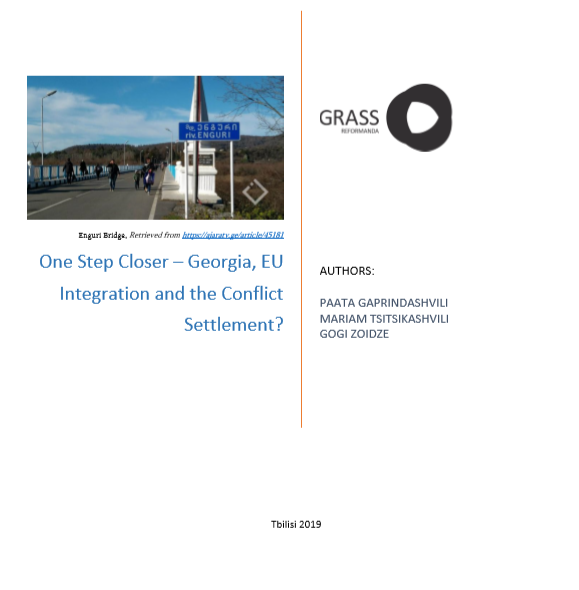 Eleven years after the five-day war between Russia and Georgia in 2008, the conflict still remains unresolved as the Kremlin continues to occupy Georgia’s Abkhazia and the Tskhinvali/South Ossetia region while further enhancing its military presence on the ground and impeding the establishment of international security mechanisms in the occupied regions. Despite the Kremlin’s illicit efforts, Georgia has tried to implement its engagement policy that aims to promote interaction among the divided populations of Georgia and ensure that the residents of Abkhazia and the Tskhinvali/South Ossetia region enjoy the rights and privileges available to every citizen of Georgia, including those enshrined in the EU-Georgia Association Agreement. To this end, Tbilisi has tried to engage with the communities in the occupied regions as well as the de facto authorities in Sokhumi and Tskhinvali through various channels of communication. In 2018, the Georgian government proposed a new initiative, entitled A Step to a Better Future, which provides the instruments to enhance inter-community relations in the fields of trade and education.