Georgians, disappointed with their Government, ask the EU not to forget them 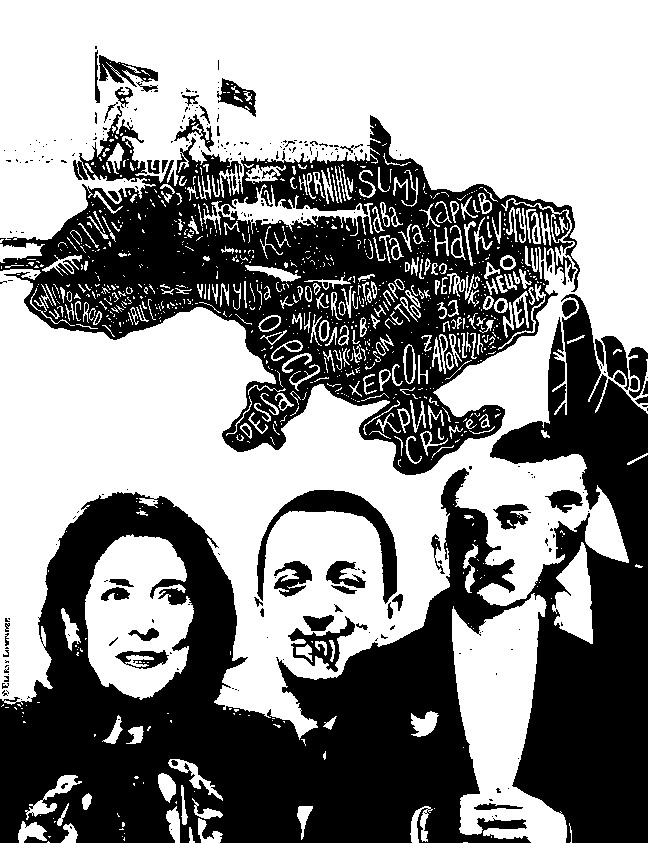 On February 28 Georgian civil society organizations issued an open appeal to the leaders of the European Union (EU), expressing their full solidarity with Ukraine and strong support for the Ukrainian bid for EU membership. The open letter was signed by over 50 thousand citizens of Georgia, including politicians and prominent public figures, in a few hours, after being made available on Facebook. This call followed the February 28 statement of Renew Europe group of the European Parliament, which urged the EU to launch extensive consultations on the accelerated accession of Ukraine, Georgia and Moldova to the EU.

The most important part of the Georgian civil society’s appeal reads: “the Georgian people are fully in solidarity with Ukraine in their fight for independence and European aspiration. We strongly believe that the European Union and Member states should treat the Eastern Partnership region’s Trio – Ukraine, Georgia, and Moldova, as one whole inseparable region, facing common problems related to Russia’s aggression, occupation, and annexation. Therefore, we hope that the EU will positively respond to Ukraine’s request for membership and, by the same token, open doors for Georgia’s and Moldova’s European perspectives.”

Georgians have been disappointed with the Georgian Dream (GD) Government’s response to the Russian invasion of Ukraine. Before the war started, the GD majority in the Parliament adopted a parliamentary resolution, which did not mention Russia. After the Western states hit Russia with the sanctions, Prime Minister Irakli Gharibashvili stated that Georgia would not join them. This stance of the Georgian Government brought several thousand people to the streets to protest the Russian invasion of Ukraine and the Georgian Government’s response. Mottos such as - "We are much more than our government" and "Glory to Ukraine" were often heard at the rally. Protests have been ongoing for the sixth day by the time of writing this editorial.

Photos of the thousands of protesters filling the Rustaveli avenue prompted the embattled Ukrainian President to acknowledge Georgian people’s support in a tweet, which became highly debated in Georgia. “There are times when citizens are not the Government, but better the Government,” - Zelenskyy tweeted on February 26.

Despite the continuous calls to join sanctions, even such symbolic ones, as closing the sky for Russian planes (there are no direct flights between Georgia and Russia since 2019), Georgian Dream Government did not budge. In a televised cabinet meeting, PM Gharibashvili reiterated his strong position on not joining the sanctions, citing Georgia’s national interests. He also said that sanctions are not effective and Ukraine failed to avoid Russian aggression. Foreign Minister Zalkaliani added the same day that Georgia, unlike Ukraine could be “overturned” in two minutes, if Russia was to decide so.

While cautiousness not to join sanctions can have some rationale, the Government failed to explain why it barred Georgian volunteers, who wanted to join the Ukrainian army to fight invading Russians. On February 28 a story broke that Georgia did not allow a plane to pick up Georgian citizens, who wanted to join the foreign legion, created by President Zelenskyy and poised to unite a number of European private individuals, willing to fight for Ukraine. Ukrainian Prime Minister Denys Shmyhal even tweeted about Georgia not allowing these persons to travel to Ukraine. “Brave Georgian brothers are waiting to fly to the airport to help Ukraine. Hopefully, Irakli Gharibashvili will show courage and issue a flight permit. Ukraine is waiting for this! Europe is waiting for this! #StopRussia” called Denys Shmyhal.

The only Government official, whose statements were met with public approval was the President of Georgia, Salome Zourabichvili who traveled to Paris to meet President Macron and in her video interview expressed unwavering solidarity to Ukrainians and noted that Europeans were looking differently at the future of Ukraine, Georgia and Moldova.

You can see the full text of the appeal of the civil society organizations and Georgian citizens here.