With the medical condition of Mikheil Saakashvili worsening, the government continues to refuse his transfer to a civilian clinic despite recommendations of the Public Defender and medics triggering fears of a dramatic outcome.

Saakashvili, who is on the 45th day of hunger strike has been placed in Gldani prison medical facility which both the Public Defender and the Government-appointed doctors’ consilium declared unfit medically and in terms of security. As the footage released by the Justice Ministry proved the former Georgian president’s transfer there took place by deceit and with the use of force when guards dragged him on the ground at which point the lawyers said Mr Saakashvili was physically abused.

Further, Public Defender Nino Lomjaria said that Mr Saakashvili has been subjected to regular abuse and intimidation by other inmates who view him as the culprit of harsh policies against organized crime following the Rose Revolution. Ms Lomjaria has also noted the abuse campaign when for many hours hundreds of convicts shout insults at Mr. Saakashvili. This campaign seems to be coordinated and organized by the prison administration.

Meanwhile, the Ukrainian Public Defender Ludmila Denisova said that Saakashvili’s overall treatment in Gldani prison “constitutes torture.” “What we saw does not fit in the international law. We presume that this could end with an irreparable and very bad outcome,” she added.

Tremor, fatigue, breathlessness, vomiting and inability to walk have already emerged as the symptoms of Mr. Saakashvili. His potassium level has dropped to 2.5 - a life-threatening level that requires urgent medical attention.

After the European Court of Human Rights’ call to suspend the hunger strike Saakashvili said he would indeed end it should the Government oblige with the Court’s interim ruling which is to "provide him with appropriate medical care for the post-hunger strike recovery period”. The court tasked both sides to provide additional information until November 24 – an obvious deadline for the current stage of the crisis to be resolved.

The Justice Ministry rejected this too on the premise that ending the strike would eliminate the need for any such facility. Minister of Justice quipped on TV - why would he require transfer to the civilian clinic if he would not be on hunger strike anymore?

Saakashvili’s transfer to such a clinic would not only end his own hunger strike but also that of Helen Khoshtaria, leader of Droa Party and an MP (whose health has also deteriorated after 12 days of being on hunger strike) as well as 10 other MPs who declared hunger strike yesterday.

Responding to fears that Saakashvili may be intercepted on the way to the clinic by a UNM rally, its Chairman Nika Melia publicly offered the authorities to set up a task force that would ensure that the transfer and treatment would be carried out in an orderly manner and without rallies. This offer too was rejected.

On November 11, after the press conference of the Minister of Justice in front of the pro-Governmental media, the penitentiary department published two appalling videos. In the first one guards are forcefully removing Saakashvili from a penitentiary transfer van and are literally carrying him to the Gldani prison hospital cell. The same video shows shirtless Saakashvili lying on the floor, walking in the cell, agitated, yelling at the guards, obviously requesting to take him back to the Rustavi prison. That Saakashvili was indeed agitated and yelling, is visible and audible in the second video, published later the same day. In that footage Saakashvili, sitting on the medical mat in the prison van yells at the guards that they have no right to move him to Gldani, that he wants to be taken back to Rustavi prison and that all this is masterminded by Putin and Ivanishvili. No surprise that the ex-President used such harsh words as “Ivanishvili’s puppy” and “scoundrels”, though surprisingly he refrained from cursing, even rolling back one of the inappropriate words. These videos, as well as previously released footage of Saakashvili taking medical supplements in the prison cell, leave no doubt that the personal life of Saakashvili has no value to the Government.

The drama around Saakashvili is just one part of the ongoing deep political crisis in Georgia that erupted after the parliamentary elections which - unlike previous elections since Georgian Dream came to power in 2012 – was viewed by the opposition to be manipulated to the extent that the loser was declared the winner. Despite the intervention of the EU Council President Charles Michel and the agreement he brokered between the Government and opposition on April 19, 2021, the crisis has only deepened since then, culminating in the Georgian Dream first ditching the agreement’s key parts by appointing the Supreme Court judges despite stark EU-US warnings and then formally quitting the deal. The United National Movement and most of the smaller opposition parties at first entered the Parliament in accordance with the spirit of the Michel document, however, UNM did not sign the deal until the moment, when Georgian Dream withdrew from it.

The last few months have demonstrated stark double standards employed by the Georgian Government. When mass violence took place on July 5 against the journalists and civil society organizations, using planned LGTQ pride march as a pretext, Government did not respond adequately, Prime-Minister even gave the violent march a green light, while almost no perpetrator of violent acts was arrested despite 53 journalists beaten and one dying day later. In contrast, when the opposition organized a peaceful non-violent rally on November 10, 2021, 46 opposition activists were arrested.

In another evident move of double standards, the Georgian authorities barred Lubov Sobol, a key ally of Alexei Navalny and leader of the democratic Russian opposition from entering Georgia. Sobol herself said the move could not be explained other than “bow to the Kremlin” as she had never violated Georgia’s law on occupied territories and visited Georgia without problems in the past. The Georgian Government also did not allow prominent Ukrainian journalist Dimitri Gordon to enter the country. This can be well contrasted with the wholehearted welcome of Mr. Vladimir Pozner, a prominent Kremlin propagandist in March 2021 and the invitation of the Russian Duma MP Sergey Gavrilov in June 2019.

Despite diminished leverage, Georgia is not a lost case

GD’s decision to mistreat the third President, its increasing criticism of the EU and Western politicians and the withdrawal from the Michel deal illustrate the diminished EU leverage over Georgia. However, both the EU and the US could still put their legitimate leverage – still considerable due to pro-western public opinion to use. Despite the lack of enthusiasm for another mediation, shuttle diplomacy from Brussels could still be a game-changing factor. This could be done either by the European Commission, European Parliament or EEAS since the European Council might not be in the mood for another unsuccessful attempt.

Alternatively, a group of Georgia's friendly capitals can intervene and call for the talks between the Government and the opposition. Inaction and “wait and see” approach will likely lead to the more aggressive posture of the Georgian authorities and the possible death of President Saakashvili, which will likely push the situation over the brink with unforeseen consequences.

A high-level US engagement would also have good potential to dispel the tensions. Such a mediation effort needs to come from those officials, who have a long track record of dealing with the region and are respected in Georgia, like undersecretary of State for Political Affairs Victoria Nuland.

Such an engagement needs to happen soon before either Saakashvili dies in prison, or before the unrest takes more radical form and Ivanishvili's regime arrests opposition leaders en masse and cracks down on the demonstrators and civil society actors, including free media. Let's not forget that the bottom line in the current stand-off is that Mr. Saakashvili, whether guilty or not, is denied medical treatment based on political grounds. That the grounds are indeed political are also visible in the denial to allow Saakashvili to attend his own trial. Two sessions have been held so far and in both cases, Saakashvili was not allowed to be present at the trial.

Some of the Georgian friends have called for tougher actions. Former deputy assistant secretary of State David Kramer said in an article published in Bulwark that “those responsible both for the brutal treatment [of Saakashvili] and for the absurd PR campaign should resign immediately. But whether or not they do, they should be sanctioned by the West. Topping the sanctions list should be the current prime minister, Irakli Garibashvili, and his patron, billionaire Bidzina Ivanishvili. The latter is destroying Georgian democracy through state capture, corruption of the judicial system, and toadying to Moscow”. Mediation and sanctions could go in parallel.

Increasingly hostile rhetoric towards western critics amid jubilation in Moscow

A delegation of European politicians consisting of the former Polish Foreign Minister and now MEP Anna Fotyga and Lithuanian MP and Chairman of the parliamentary friendship group with Georgia Raimondas Lopata was refused the permit to visit Saakashvili in prison. The refusal contrasts with the earlier practice of the Georgian Dream government when European politicians would routinely visit imprisoned officials of the previous administration in detention such as Gigi Ugulava or Vano Merabishvili without hindrance. Mrs Fotyga tried to reason with the GD and mentioned her previous prison entries in the letter to the Minister of Justice, who promptly dismissed her in the response. No, you can not enter, was the response, and by the way, who are the political prisoners, you referred to in your letter, because we do not have the political prisoners - was the cold response from the Minister of Justice Rati Bregadze.

On November 14, 2021 leader of the Georgian Dream party Irakli Kobakhidze issued a sharp criticism of Georgia’s western partners. “From now on, when evaluating the steps of our foreign partners, we will be guided by the main principle … that the Georgian state will not cooperate with people, who due to their political bias towards the criminals, don’t recognize our state as [a full-fledged] state,” wrote Kobakhidze. A day later, MEPs Marina Kaljurand and Sven Mikser issued a joint statement, defending the Public Defender of Georgia, who has been heavily criticized by Kobakhidze and other Georgian Dream officials.

While the Georgian Government and western partners spar with words, the Russian state media has reacted to the arrest and treatment of President Saakashvili with jubilation and cheer. Saakashvili is portrayed as a war criminal, a western stooge now justly imprisoned by a pro-Russian Georgian Government. A TV show on the Russian state channel dedicated to Saakashvili’s arrest and hunger strike symbolically included a Georgian flag on the floor of the studio with the TV anchors walking on it. The pro-Kremlin Russian media pushes the line that the possible return of Saakashvili's party to power would change the balance of power in the region and weaken Russian interests.

Russian coverage is in stark contrast with the Western coverage, which emphasizes that despite all the shortcomings of Saakashvili rule, Georgian Dream’s mistreatment of ex-President may be pushing the situation over the brink and pulling Georgia further away from the western family into the Kremlin orbit. 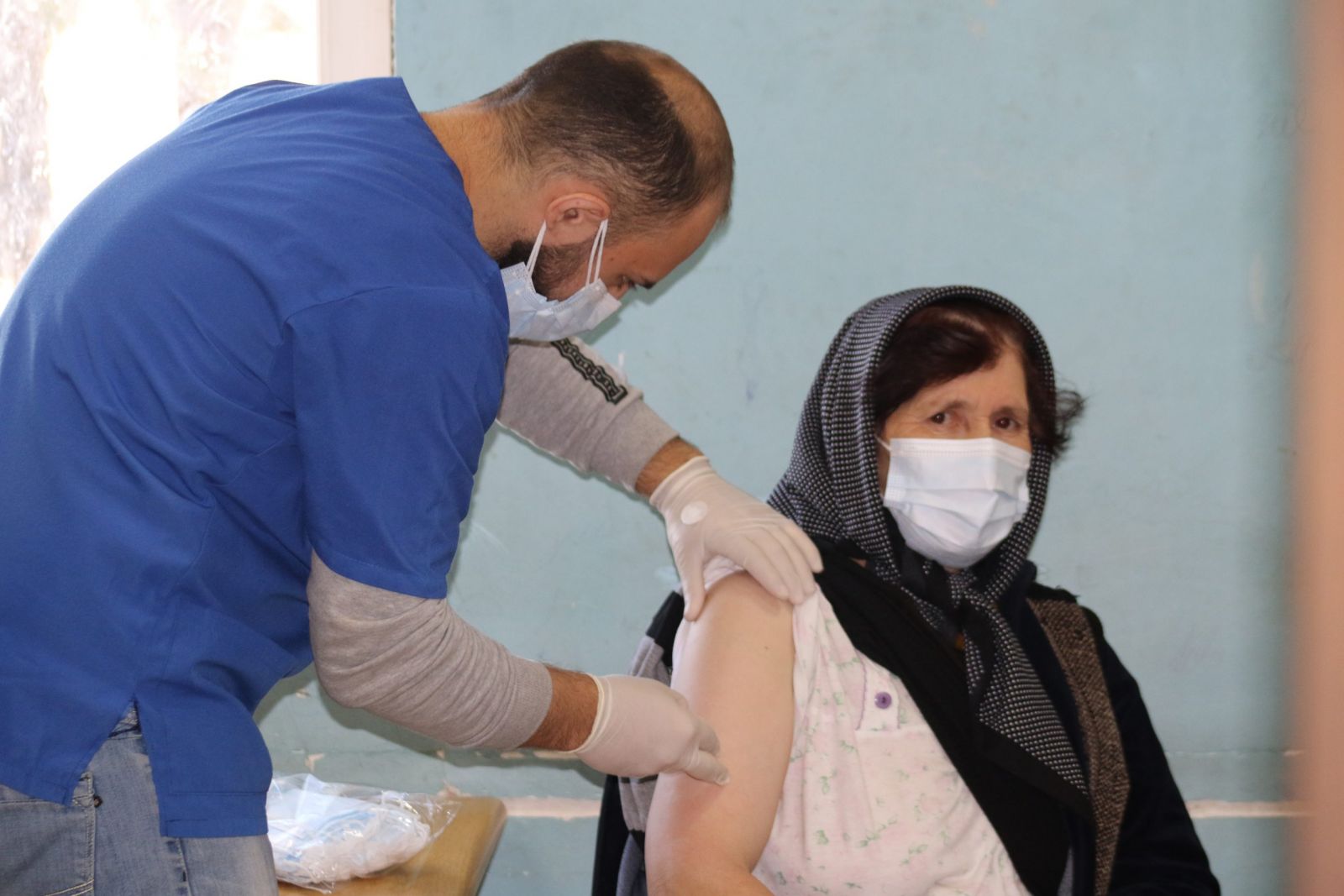 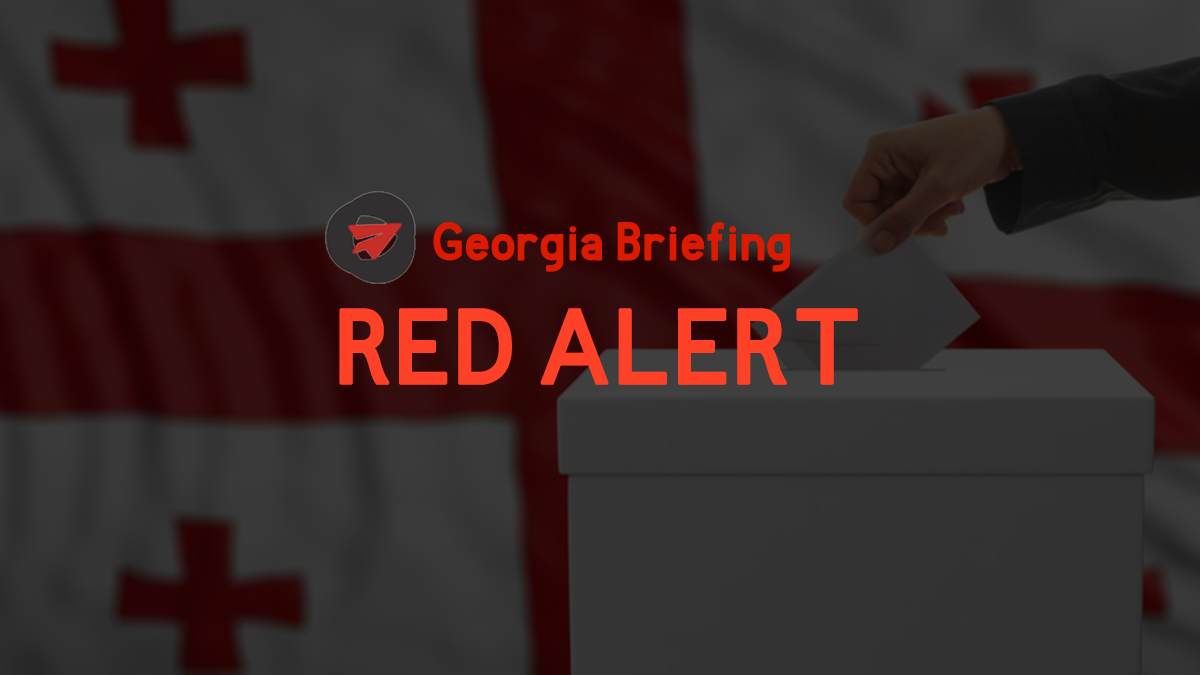 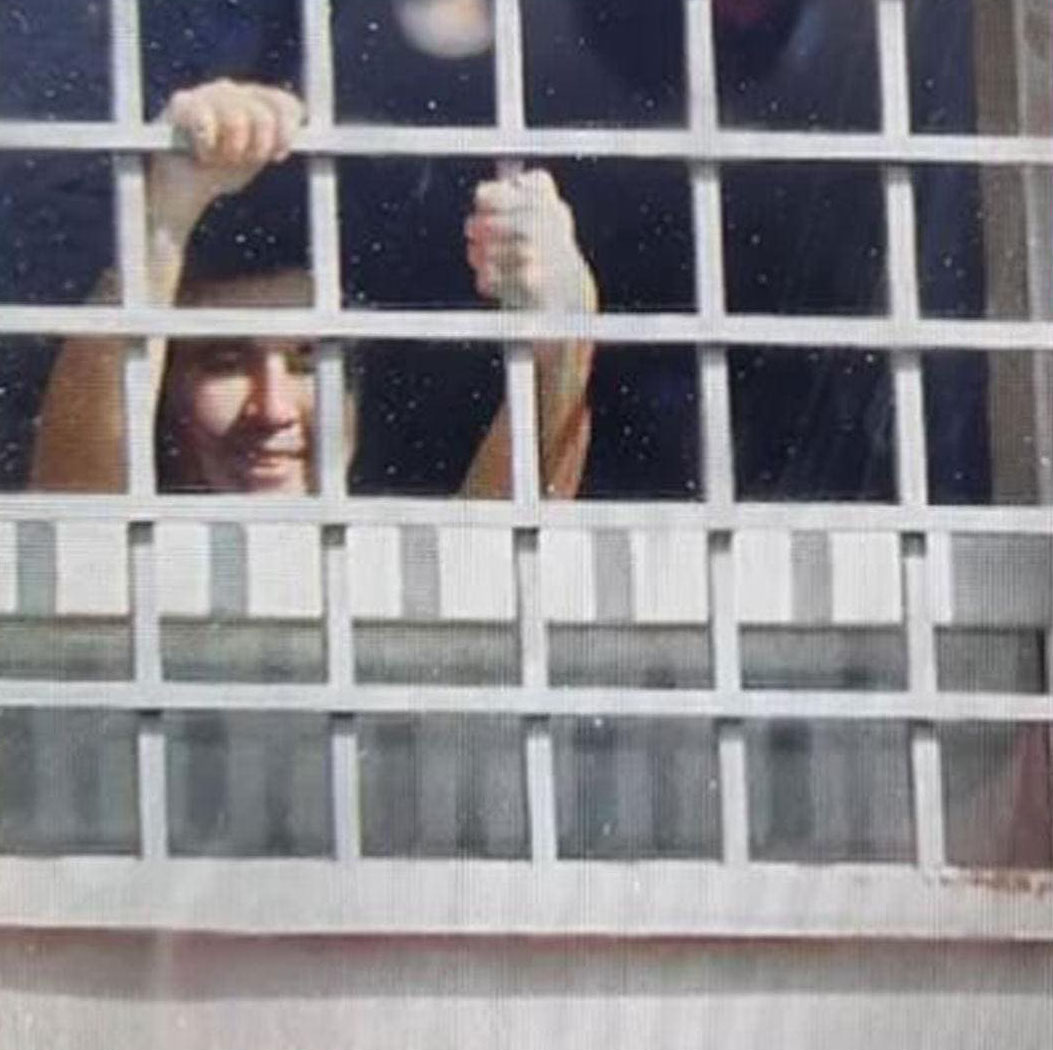