Letter to His Excellency Ambassador Janos Herman, Head of the European Delegation to Georgia 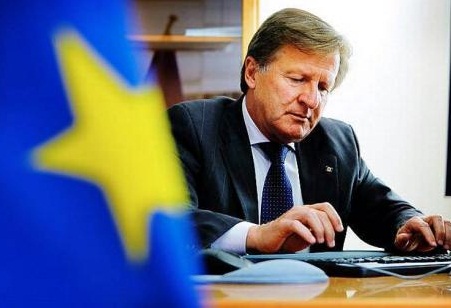 Letter to His Excellency Ambassador Janos Herman, Head of the European Delegation to Georgia

We are addressing you to express our concerns about the bill, passed by the Parliament with its first reading on June 27, related to stripping the National Bank of Georgia (NBG) of supervisory functions of financial institutions and transferring those functions to a separate agency. We believe if finally approved, this bill will weaken the independence and quality of banking supervision in Georgia, as was clearly stated in a joint letter from major International financial institutions addressed to Prime Minister Irakli Garibashvili and Parliament Speaker Davit Usupashvili. The International Monetary Fund (IMF); European Bank for Reconstruction and Development (EBRD); Asian Development Bank (ADB) and the World Bank wrote that: “moving banking supervision out of the NBG does not seem prudent.”

We also question the process of how the bill was developed. We believe it violates Georgia’s commitments under the Association Agenda with the EU, which states that legislation related to the national bank should be amended only after prior consultations with experts from the EU.

During the TV debates, one of the authors of the bill MP Tkemaladze, said experts from International organizations have been participating in consultations. We would ask you to confirm MP Tkemaladze’s statement and list the names of experts from EU involved in these consultations and the dates when they were held.

We would also kindly ask you to explain clearly what would be the possible consequences for Georgia if the agreement related to national bank is violated.

We hope that, as written in the Association Agenda, all parties will work together to strengthen the independence of the national bank, taking into account the best EU practices and EU expertise.

Center for Strategic Research and Development of Georgia (CSRDG)

The International Society for Fair Elections and Democracy (ISFED)