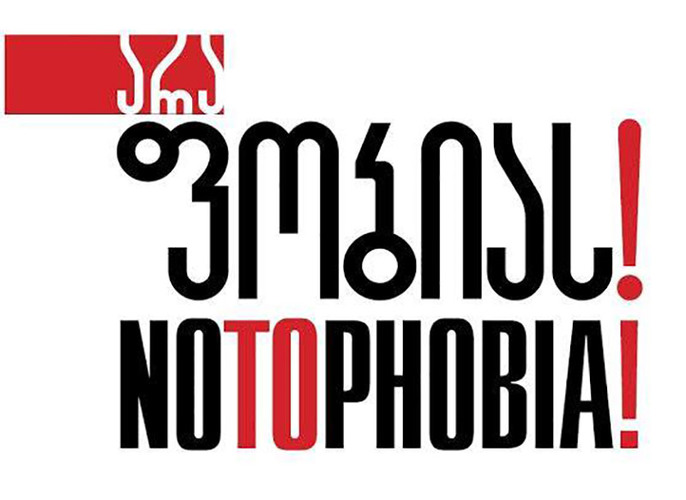 The signatory non-governmental organizations express a strong discontent with the request of appointing a referendum on a human rights issue provided by the Constitution of Georgia that has already been sent by the Central Elections Committee to the President of Georgia.

The Constitution of Georgia (7th article), as a public agreement, sets a constitutional principle for confining the state and the people with human rights. The state acknowledges, on the one hand, and is obliged to protect, on the other hand, the universal principles of human rights and freedoms as everlasting and supreme human values, whilst during governing, both people and state are confined by these rights and freedoms.

The second provision of the 74th article of the Constitution of Georgia that unambiguously prohibits conducting referendum on the issues that restrict the basic constitutional rights and freedoms and that is a way for the Constitution to protect individuals against the tyranny of the majority, is exactly an example of the constitutional principle of confining the state and the people (majority) by the human rights.

As the public might be aware, an initiative group presented the following referendum question to the Central Electoral Commission: “Do you agree to define civil marriage as a union between a man and a woman with the aim of creating a family?” Naturally, formulating a referendum question in such a way is directly connected with the right to personal privacy granted by the 16th and 36th articles of the Constitution of Georgia that concern private and family relations of individuals. Conducting referendum on the given issue will not be harmful only for the rights of some specific group, but it will significantly damage the process of building a democratic and legal state and will become a dangerous precedent of restricting minority human rights from the side of majority.

Constitution, as a living document, requires defining its provisions in accordance with changes and development in public consciousness. The evolutionary principle of such definition, that generally characterizes the human rights law, requires defining human rights concepts not in a way it used to be defined while creating the constitution or several years ago, but considering the contemporary consciousness and development. Constitutional Court of Georgia resorts exactly to such approach while defining the constitutional provisions that makes it a living document. Dynamically developing the right to equality, right to freedom and security and other rights by the practice of the Constitutional Court and viewing the sphere protected by the Constitution in a broader way are perfect illustrations of it. Therefore, conducting the referendum on the issues of the rights protected by the Constitution will be dangerous for the future development of the rights and the viability of the Constitution.

It is unfortunate that the referendum initiative is openly supported by the Government. Artificial actualization of amending the civil marriage issues in the Constitution of Georgia has happened hitherto on several occasions. In March 2016, the Parliamentary Majority addressed the Parliament of Georgia with a project of constitutional amendment. The amendment aimed to define the concept of marriage in the Constitution of Georgia in a following way: “Marriage that is a voluntary union between a woman and a man is based on the equality of right of the spouses.” The Prime Minister of Georgia openly supported this amendment and stated that the marriage between a woman and a man would be guaranteed on the constitutional level, however, this initiative has failed due to lack of quorum in the Parliament of Georgia.

Considering that the current legislation of Georgia does not provide an opportunity for same-sex individuals to include their relations in a legal format and the LGBT community has never put the issues related to the private and family life in the political agenda, we believe that this initiative is an effort to instrumentalize a specific social group and carry out a populism and hate-based policy in the light of the pre-election process. Against the background of lack of right to assembly and expression for the LGBT community, carrying out a policy based on irrational fears hinders the political and civil development of the public. Moreover, under the conditions of constant structural violence and discrimination against the LGBT community, strengthening of a homophobic discourse in the ongoing referendum-related public discussions further damages the human rights situation of the community and creates conditions for promoting violence and hate against the LGBT individuals.

In the given circumstances, we believe that the issue of the prospective referendum does not represent an especially important state issue, as laid down in the Organic Law on Referendum and mainly aims to overshadow the existing political and social crises. In addition, such referendum, as a precedent of changing scopes ofrights and guarantees of particular individuals and groups based on the majority will, represents a serious threat to a democratic state and each of its citizen that may be affected with the majority’s tyranny in a different context.

We think that the argument used by the ruling political party and other parties in the context of this referendum that the presented constitutional amendment is a tool for weakening hypothetic provocation from the pro-Russian political forces is substantially unfounded and, in a way, repeats and carries out exactly those values that the given pro-Russian groups have. Moreover, transferring LGBT issues from the legal category to the “moral” and “traditional” context by the ruling political team and speculating with these issues in the light of the pre-election period for mobilizing the electorate, first of all, strengthens exactly the anti-Western narrative carried out by the Russian political elite.

Hence, we believe that appointing the referendum on the aforementioned issues goes against the Constitution. In addition, such step will promote strengthening of artificially created confrontation between human rights, moral and traditions, will encourage the existing negative attitude towards the LGBT community and will further restrict rights of the marginalized groups of the society that would be directly reflected in discriminatory practices and physical and psychological violence against the LGBT group or individual members of the group. Therefore, we call for the President of Georgia, as a guarantor of human rights protection in the country, not to appoint the referendum and in this way, promote building of a political environment that would be based on human rights and ideas of legal state.